Texas Roads Made From Plastic

The state of Texas spends about $10 billion a year on transportation, and according to the Texas Department of Transportation, that is about $5 billion less than they need (mostly for road maintenance and repair). The Lone Star State has 311,000 miles of road. That is the most of any state in the U.S. The amount of road alone is an expensive issue, however, another factor is the fact that much of the state is built on “expansive clay.” That is, a type of soil that contracts and swells during wet and dry weather, resulting in roads that crack and buckle much more than in other areas of the country.

The question that arose in the past few years, thanks to an associate professor of civil engineering at the University of Texas at Arlington, Dr. Sahadat Hossain, was: what if there was a way to spend $200,000 or $300,000 on repairs instead of a million dollars on repairs while taking millions – if not billions – of non-decomposing plastic bottles out of landfills at the same time?

Dr. Hossain’s idea is to use recycled plastic soda bottles to create pins to stabilize the roads and lessen the incidence of cracks and buckling, thereby making the roads last longer. Not only is this a cheaper fix, but it is one that will last years longer than more traditional solutions. Each pin is constructed from 500 recycled soda bottles, so the environment is positively affected as well, giving Texas a green fix to a decades-old problem. 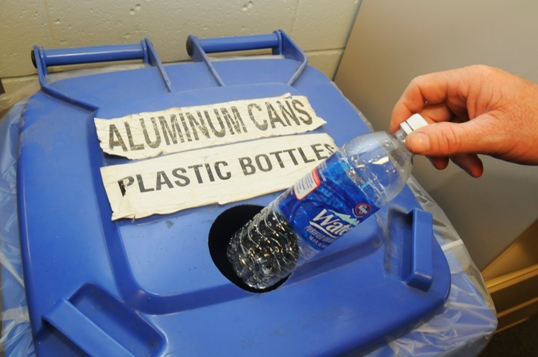 According to a report in The Atlantic Cities, a two-year feasibility study was done on sections of Texas Route 287 where 10-foot long pins were drilled into one section of roadway slope. The rest of the highway was left as it was; unsupported. After the study ended this past August, it was found that the supported section had moved only one to two inches, where the control sections – the ones left unsupported – had moved about 15 inches.

The Texas DOT realized this was an idea that would be smart to cash in on, and gave Dr. Hossein a million dollar grant to begin work on two other Texas highways. Dr. Hossain was quoted in the article as saying that he thinks the program could easily spread to other states, and possibly internationally at some point. Although each soil type is different, with research into pin design and placement, it could be done.

Although the “green” movement has only come about in the past several years, companies such as Dykes Paving have had the environment in mind for decades. They have been working on using recycled materials for paving and supporting roads since before it was a popular phenomenon.

Dykes Paving, located in Atlanta since 1968, have been a top contractor among engineers, developers and other general contractors. Their patented inventions using recycled materials can be seen as proof of their evolution. They can take broken asphalt and turn it into a 20-100% recycled hot mix or cold mix asphalt, or use old roofing shingles to make both hot and cold mix asphalt and a dust suppression mix that is a 100% recycled product. They also recycle demolition concrete and excavated shot rock.

You can support our environment and make sure the Earth is able to sustain life for centuries by doing your part to recycle, and using companies like Dykes who find ways to use recycled products to make the world around us a better place.