How Does Pavement Milling Work? 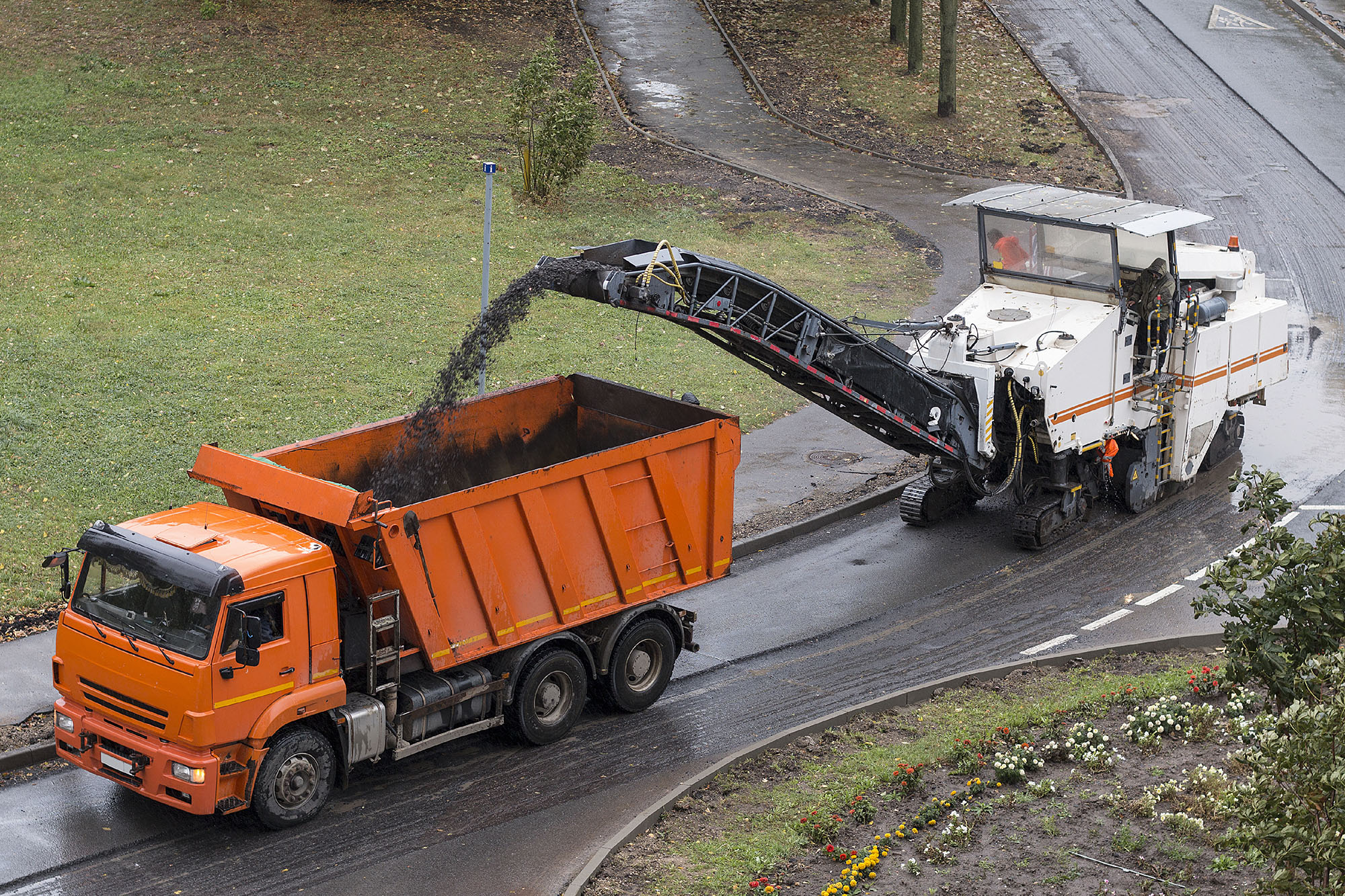 Pavement milling, also known as cold planing, is a process that removes part of a paved surface, such as a parking lot or road. Milling can remove just the surface of the pavement, or anywhere up to the entire depth, referred to as full depth removal. There are many reasons to mill a paved area, including leveling a paved surface or repairing damage that the pavement has incurred.

Pavement milling is achieved using a heavy-duty piece of construction equipment known as a milling machine, or a cold planer. Milling machines utilize a large, rotating drum that removes and grinds the surface of the asphalt. Scrolls of tool holders cover the exterior of the drum and hold the carbide cutters that actually cut the pavement.

The carbide cutters are positioned in such a way that after being cut, the pavement is automatically moved to the center of the drum. The pavement is then loaded onto a conveyor belt attached to the milling machine. Most modern machines use a front-loading conveyor system that also picks up any pavement that falls off the conveyor during milling.

Water is generally applied to the drum while milling, which helps to reduce the extreme heat produced by the machine, as well as minimize any airborne dust caused by milling.

Micro milling is a special kind of asphalt milling. Micro milling uses a unique drum with several times as many cutting teeth as a regular milling drum. These cutting tools are packed close enough together to produce a relatively smooth road surface—unlike regular milling drums that create deep ridges in milled areas—that may be used as the final result, though a thin overlay is sometimes still applied on top.

Micro milling can solve many of the same problems that regular milling is used for, though usually to a shallower depth.

Pavement milling has many uses. One of the main reasons to mill asphalt is to recycle the road surface, which is then ground up and used as aggregate in fresh pavement. This has a very positive environmental impact, preventing additional resources from being used for creating entirely new asphalt from scratch.

Some other issues that milling can help with are uneven and bumpy paved surfaces, damage from accidents and fires, as well as the binder or aggregate—components that are used to make asphalt—becoming separated from one another and compromising the road’s surface.

Pavement milling is also used to create rumble strips. This is a particularly useful method of creating rumble strips, as they can be added even to pre-existing roads and surfaces.

Dykes Paving Can Help You

Whatever the reason that you are considering milling your pavement, Dykes Paving is happy to help you complete your milling job. We are proud to offer the latest recycling processes, and pavement milling is no exception. There is no job we can’t handle, so give us a call today and see what we can do!