The Origin and Composition of Asphalt Concrete 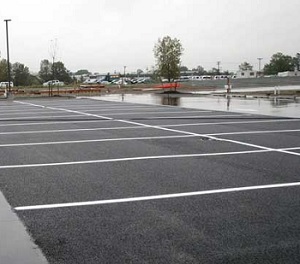 To understand the origins of asphalt concrete, one has to go all the way back to the 6th century BC in Babylonia where the first asphalt roads were laid. It was not until the 18th century, however, that asphalt roads first began to become more widely used and tested for reliability, durability, and firmness. This revolution in asphalt mixtures and widespread applications began in Great Britain.

The earliest forms of asphalt were built using a combination of stone, gravel, and various unearthed road-making materials. These early builders not only devised the first of many variant compositions of asphalt concrete, but also discovered ways to allow for proper water drainage and calculated the gradient and type of traffic that would travel on it to create firmer roads.

In the U.S., the first asphalt road was built in New Jersey in 1870 by Belgian chemist Edmund DeSmedt who had immigrated to the United States. His work would also lay the foundation for the paved roads on Pennsylvania Avenue in Washington, D.C. These early asphalt constructions were made with natural asphalt. The D.C. asphalt only lasted about eleven years before it began to deteriorate.

Since the primary sources of traffic were pedestrians and horse-drawn carriages, the use of stones and gravel overlaid by asphalt were sufficient for the time. It was not until the advent of the automobile that the weight and volume of traffic made these early stony asphalt mixtures obsolete. What followed was nearly a century of innovation and experimentation with different asphalt composite mixtures.

Sand was one of the first additives combined with asphalt in the early iterations of modern day road pavement in the U.S. By the early 20th century, petroleum became the most widely used asphalt mixture over stones and natural asphalt. Though sand, water, and petroleum binding agents are still used to this day, many asphalt composite variations continued to increase durability and sustainability.

Paving companies, such as Dykes Paving in Atlanta, are continuing the long evolution of asphalt by devising innovative ways to improve the sustainability of asphalt concrete.