Is Coal Ash Safe For Paving?

Rural areas are not as comfortable to drive upon as the roads in the city.  Besides the forbidding cost, asphalt and other modern road building materials are not safe to use near rivers and places where food crops are grown because of their high toxicity. So what could be used as a safe road paving alternative for the rural areas roads?

Coal Ash As A Paving Material 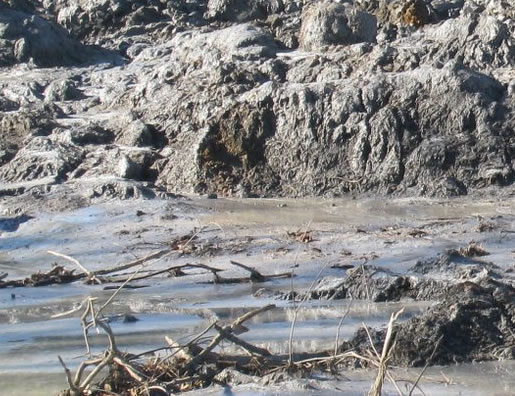 The search is on for organic and environment friendly paving material. One among the most suitable alternatives is coal ash.  This is a byproduct resulting from the electric plants. The first and most important question about this material is whether it is safe – especially near rivers and other water bodies?

Theoretically, coal ash is biodegradable and non-toxic for human use; hence, it should not pose any problems with safety. A pilot project was carried out in Georgia and the outcome was highly positive. There was no toxicity or danger resulting from the roads built under this project.

The spokesperson of the giant road paving firm Rayonier, Mike Bell reiterates that “Rayonier is a company highly sensitive to environmental issues and hence, there is no question that it would have any harmful effect on the surrounding eco-system or rivers. He explains that this is the material that “has been used on literally hundreds of projects across Florida. The purpose of the pilot in Georgia is that there be certainty that it be safe and effective.”

The best part of using the coal ash as a commercial paving material – as against the tainted asphalt – is that it is environmentally safe. However, this is not all. There are more benefits that the modest coal ash offers to the road building companies. It is much cheaper – it actually is a byproduct, which otherwise would require to be dumped somewhere for bio degradation.

In this manner, the benefits are double pronged. The first is that it eliminates the need of getting rid of it, and second is that it replaced the existing highly toxic, and non environment-friendly modern materials used for paving roads until now.

The Controversy That Coal Ash Raised

The environmentalists do not take kindly to the pilot project because they feel that no place should be treated as “guinea pig”. What is the so-called eco-friendly material turns out to be harmful? What are the containment plans? What happens to the eco-system that would have already been poisoned by then? What would happen to the crops and water that has already been contaminated – if it would turn out to be toxic?

St Marys Earthkeepers – environmentalist group – express their deep concern regarding the pilot project. In their opinion, the byproduct of burning coal and oil cannot really be eco-friendly; and the proximity of the road to the St Mary’s river automatically disqualifies the area from being used as a pilot project. One of the activists had said, “If they are going to test this stuff, it should be done far from water supplies and residential areas.”

Is It Safe Or Is It Not?

The million dollar question is whether this new paving material is safe or not? The pilot project was meant to prove this exact point of contention. However, before the pilot project offers the answer there might be the necessity to look in more depth at the merits of this material, also known by the name of EZBase.

Let us say, that the environment groups could hold up the unfolding of the pilot project indefinitely or until some concrete evidence is given to them that this material is safe for use in rural areas. Fortunately, this material has been used earlier in Florida to replace asphalt – and has met with considerable success.

So what do we have as facts at this moment? We have the endorsements of the nationally reputed JEA (Jacksonville’s public utility company) and timber products firm Rayonier.  They have clearly stated that this is the material that they have used in hundreds of projects across Florida. Had there been any toxicity or any sign of trouble, it would have come up by now.

In other words, the pilot project in Georgia is not a first application of the coal ash being used as commercial paving. Florida is a high-visibility state and if there were any problems at all, it would have definitely come to light by now. The fact that there are no such “discoveries” supports the endorsements given about this new material.

The verdict looks promising. It does not really seem correct to deduct that the coal ash is bad for the environment in the light of its already heavy previous use for commercial paving. Hopefully, the pilot project would get off the ground and more confirmation to this effect would be obtained.