Get the Farmers Out of the Mud: A History of Asphalt Roads

Whether you call it asphalt, pavement, blacktop, tarmac, or concrete, it traverses the US so that we can do the same. But where did this sticky, resilient matter come from, and how did we come to pave our formerly dirt roads with it?

The first asphalt was mixed as early as 1870 and laid by Belgian chemist Edmund J. Desmedt in front of City Hall in New Jersey. He also paved Pennsylvania Avenue in Washington, DC, right near the Capitol. The first mixture used sand, and the second was based on a more sophisticated mixture from Pitch Lake on the island of Trinidad. Hardy and resilient, this latter mixture was used for many years. Shortly thereafter, the first Hot Mix Asphalt (HMA) company opened and filed patents in Brooklyn, New York.

In 1901, the first modern asphalt was developed and patented by Frederick J. Warren. By this time, many other people and companies were competing with each other over the latest patents for asphalt mixes. The competition allowed cities to require higher standards of effectiveness and safety for their mixes, including adding warranties, which bankrupted some companies but spurred quick improvements.

Bringing a New Recipe into the Mix

The latest recipes for asphalt included refined petroleum, which was smoother and easier to lay. Then, in 1908, Henry Ford introduced his motor vehicle breakthrough: the Model T car. This was the first relatively affordable motor vehicle, and as it was mass-produced, the demand for high-quality, durable roads grew exponentially across the US. It also spurred government involvement. “Get the farmers out of the mud!” became a national cry for advancement. 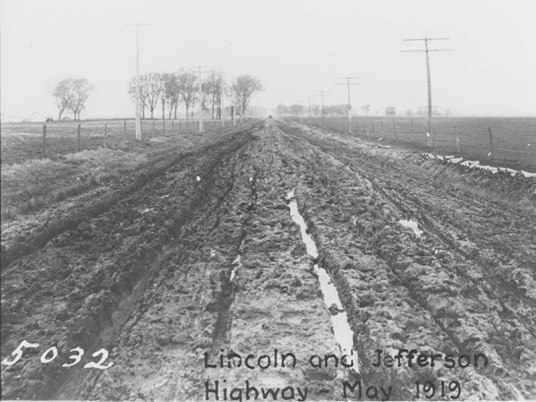 Congress responded by passing the Federal-Aid Road Act of 1916 and creating the Federal-Aid Highway Program to disperse funding for construction and improvements. The program took off after World War I, when the Federal Highway Act of 1921 was introduced, and technology improved our abilities to lay roads quickly and efficiently with mechanical mixers and spreaders.

During World War II, the need for paved roads became dire as the US Military required more and better runways for our Air Force. In 1956, Congress passed the Interstate Highways Act, as families moved away from cities and into the suburbs, where they needed better means of transportation. Under President Dwight D. Eisenhower, the interstate highway program finally took shape.

The US Department of Transportation was Born

By 1966, demand for roads and for proper legislation and governance prompted the formation of the US Department of Transportation. The Federal Highway Administration was one of the major offices in this department. This was also a time of increased environmental concerns, and asphalt actually became one of America’s most recycled materials.

Today we continue to improve our roads, asphalt mixtures, and application technologies to be safer and more efficient. The official name for our highway system is the Dwight D. Eisenhower National System of Interstate and Defense Highways. It’s a mouthful of a name, and one of the greatest and most influential technological advances in the history of our country.